0
With the purchase of a Discovery Set €25 off

0
In Astra
By In Astra

There is something magical about shooting stars. They have charmed everybody since the dawn of time: children, young and not-so-young people entrust to the cosmos all their dreams, wishes and believe that everything will eventually come true during the most magical night of the year. The Perseid meteor shower is one of the highlights of summer celestial events, happening between the end of July and the first half of August. The Perseid meteor shower is also know as the “Tears of St. Lawrence”, after the saint martyrized on August 10th 258. 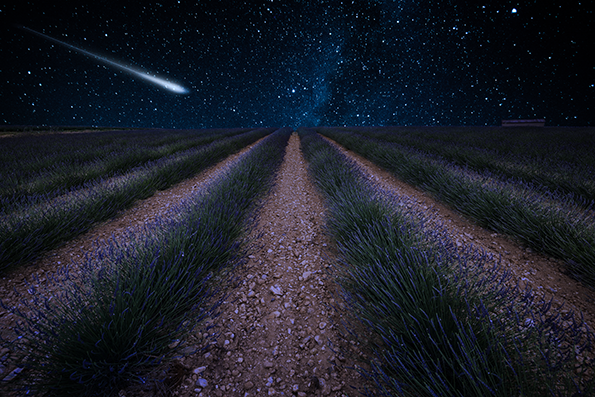 St. Lawrence’s night and the shooting stars
Poets and artists have always paid tribute to these Italian nights both magical and redolent. The most famous verses were, maybe, written by Giovanni Pascoli, who evoked an infinite night sky and the dream of a faraway world.

Saint Laurent, I do know why so many
stars in the tranquil air
blaze and fall, why so much weeping
is sparkling in the concave sky.
“X agosto”- G. Pascoli

The meteor shower we will observe during August’s nights is known as the Perseids. These shooting stars get their name from the Perseus constellation, from which they radiate as according to a trick of perspective.
The Perseids are generated by fragments of the comet 109P/Swift-Tuttle: every year the Earth crosses the comet’s orbit and pieces of dust and debris left behind by the comet blaze their way through Earth’s atmosphere creating bright streaks across the night sky.

When and how to observe the Perseids
The brightness of the Full Moon rof August 12th 2022 will hamper the meteors watching; the peak activity is planned to be on the 12th - 13th of August, but moonlight will make rather difficult to watch the shower. It will be however possible to admire the shooting stars at the beginning of the month. In order to watch the Perseids, you should go to high ground far from city lights. Look above the horizon facing northeast, and identify the radiant point, that is from where meteors seem to be darting due to our perspective. Look for the constellation of Cassiopeia (a distinctive W shape) and you will spot below it Perseus, easily recognisable by the shape similar to the Greek letter lambda λ. 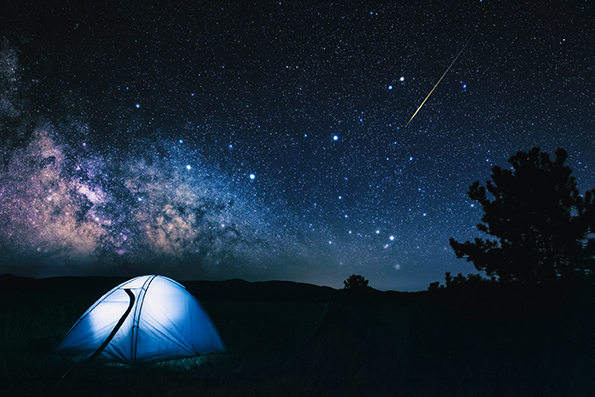 The scent of shooting stars

What is the best occasion to be engulfed in the essence of the stars? Summer sky brings the desire to feel new emotions, live new adventures and daydream. In Astra fragrances are the perfect perfumes for summer nights spent outdoors looking up at the night sky: from the narcotic, creamy warmth of Antares, alla ; to the metallic freshness of di Mismar; then floating through Betelgeuse’s powdery, ethereal cloud; to finally capture Tistar’s brightest light. Each fragrance reveals its star’s secret: it will surround you in a magical vibe leaving behind you an olfactive constellation. Legend has it that wishing upon a shooting star makes the wish come true. So, get your wishes ready on the night where dreams become reality.